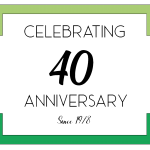 Brookhaven College will celebrate its 40th anniversary Oct. 11-13. Students, staff, faculty and alumni can attend various events, including the annual faculty art show, a Bears baseball and soccer game, and a community movie night in celebration of the campus’ milestone.

Meridith McLarty, director of marketing and public information, and Kevin Hurst, athletic director, planned the celebrations for the anniversary semester, though some finalizations are still in process, according to a campus-wide email.

An arts reception will be held 6 to 7:30 p.m. Oct. 11, beginning with dance and harp ensemble performances in front of the faculty art show.

She said Darise Error, theatre department chair, will overs this year’s fall production of “The Laramie Project” with Brookhaven alumni who attended from 1978-2018. “She will have 40 years of theater in one show,” McLarty said.

There will also be a tailgating party after a Bears baseball game and before a Bears soccer game from 4-6 p.m. Oct. 12. In the P1 parking lot near the Brookhaven soccer complex.

Both McLarty and Hurst encourage all Brookhaveans to join the celebrations.

“This week isn’t just a time to celebrate or reflect on the past 40 years, but on the potential for the next 40, while enjoying each other’s company,” Hurst said.

McLarty said, “I really think it’s a time where we can reinvigorate and reimagine ourselves to be whatever we want by the time we hit 50.”

Hurst said he would like to see the same growth he has seen over his 19 years at Brookhaven.

“Specifically, I would like to see us lead the pack in our students reaching the state of Texas’ goal of 60x30TX – 60 percent of those 25 plus having a degree or certification by 2030,” he said.