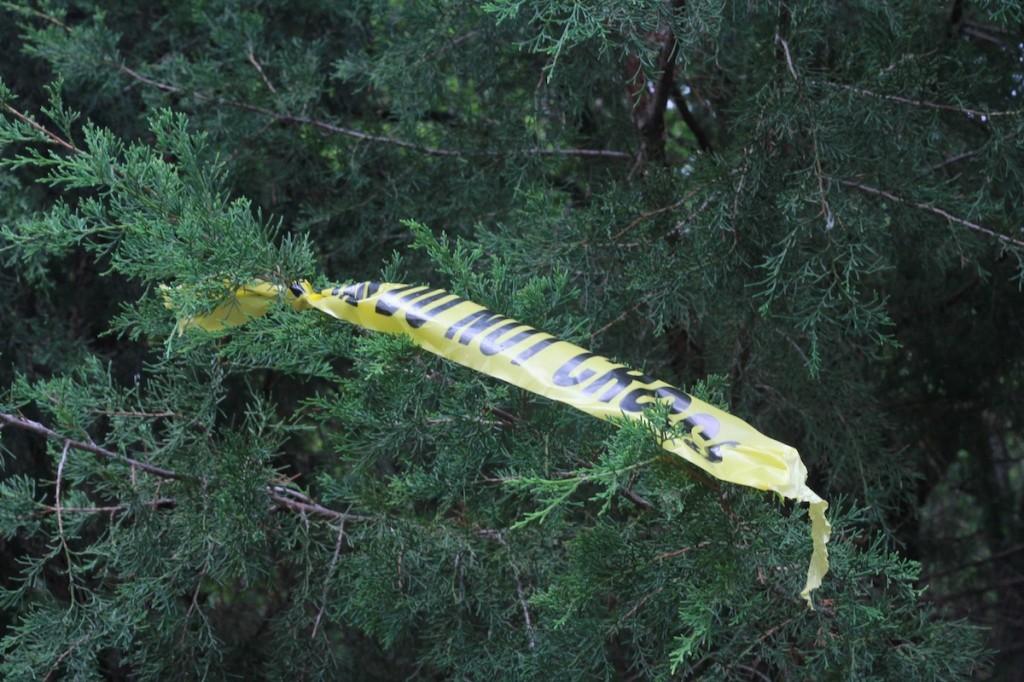 By Amy Price
Editor-in-Chief
Nearing sunset on a summer’s evening a family and their canine take a walk around the Brookhaven College walking trail. Approaching the southwest corner of the trail the dog darts off into the thick brush. To the dismay of the family, their pet comes across a skull in the woods. One of the family members makes an urgent call to the Farmers Branch Police Department.
On July 8 at approximately 7 p.m., one of the unidentified family members called the police, stating that their dog found what appeared to be a human skull. Police secured and taped off the area. A search team arrived the following day and the rest of the skeletal remains were found in the deep wooded brush adjacent to the walking trail.
Campus Police Captain John Klingensmith said the Farmers Branch Police Department is leading the investigation. Klingensmith said the findings could take up to a year due to DNA testing to find out the exact cause of death along with the identity of the remains.
There is no official ruling out said Farmers Branch Police Department Lieutenant Jay Siegal. “There is no indication of criminal intent,” said Siegal.
Brookhaven president Thom Chesney said he was pleased with the way the incident was handled and the relationship between the campus police department and the Farmers Branch department.
It appears the remains had been there for some time. “Due to the geographical location where the remains were found and such a thick wooded area, it would have been difficult to locate unless someone actually walked deep into this wooded area,” said Klingensmith.
Campus police are looking into cutting back the wooded area for higher visibility. “The wooded area is very thick and difficult for the officers to check, but they patrol the perimeter area with police vehicles,” said Klingensmith.
Chesney said he would like to see the wooded areas maintained but not so much that they take away from the aesthetic appearance Brookhaven is known for.
Despite the findings Klingensmith and Chesney said Brookhaven is a safe campus. “This is one of the safest colleges in the state, and this was an isolated incident, and it appears there was no foul play involved,” said Klingensmith.
According to www.stateuni versity.com, Brookhaven ranks 9 out of 50 in their 2011 list of safest college campuses in Texas.
“I don’t think people should be worried at all we have a safe history on the walking trail and everybody should take regular precautions as they would,” said Chesney.
Students are encouraged to report any suspicious activity to the campus police department immediately.
“We continue to improve the safety and security for all students and the surrounding community by conducting aggressive vehicle(s) and foot patrols,” said Klingensmith.
Chesney said he would inform the campus on any updates as soon as he gets them, and that everyone should remember someone out there is missing a family member.
“It would be good to find a positive identification for the family’s sake, it’s a tragedy, likely, but closure for the family would be nice,” said Chesney.