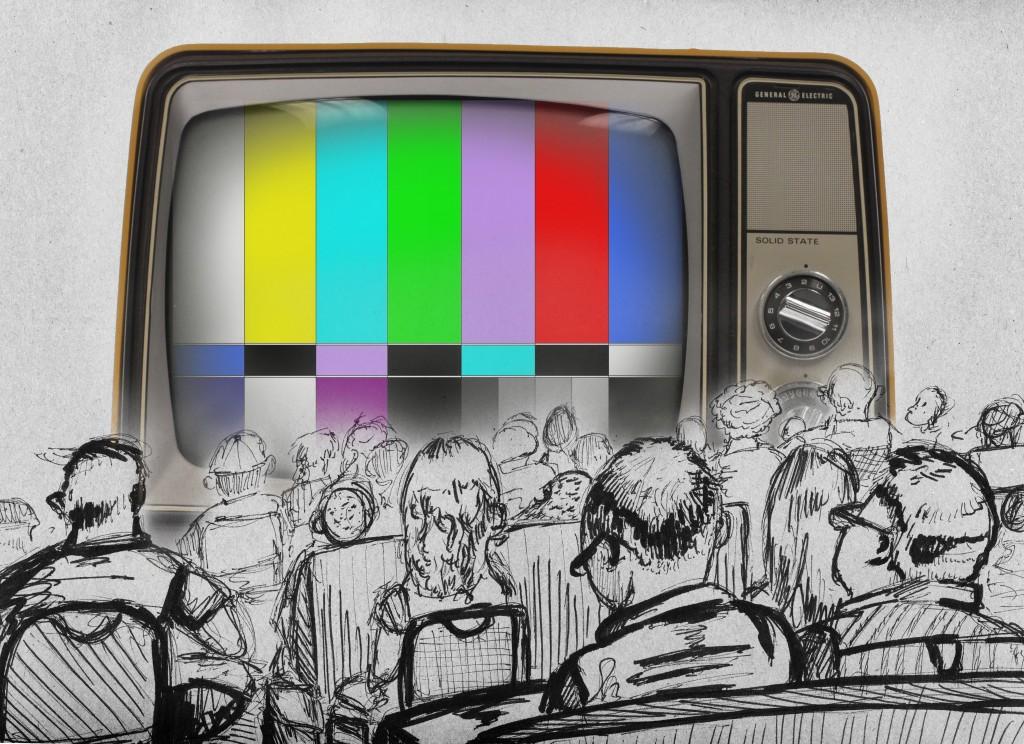 More than 40 people turned out to watch the monumental broadcast as Brookhaven College hosted a presidential debate viewing party Tuesday, Oct. 16. More viewers showed up than were anticipated, so extra seating had to be brought out to accommodate all the attendees. Some people even took seats on the floor to watch the gloves come off between President Barack Obama and Governor Mitt Romney.
More than just a chance to eat free pizza and sip lemonade, for most students,  the debate watch was an educational opportunity. Brookhaven student Daniel Gildden, who moved to North Texas from Canada last year, said, “I just want to learn more about America.”
The crowd that gathered to watch the debate was not limited  to Brookhaven students, staff and faculty. Brookhaven opened its doors to members of the community as well.
The debate viewing party was held in the S Building, and people had to lean forward in their seats to be able to hear the candidates rebutting back and forth on the two flat-screen televisions that were mounted on the wall
facing the Advising Center.
The acoustically impaired room did not thwart the crowd from homing in on the issues of the debates as the politicians discussed their plans, policies and platforms.
This debate was especially important for Tonychris Nnaka, a Brookhaven student and president of the student body. “It is important for me,” Nnaka said. “The election is a critical decision for America. Whatever decision America makes determines the status of America for the next four years. People need to critically evaluate the candidates.”
James Daniels, Brookhaven student and student body vice president, agreed with Nnaka on the importance. “The debate is essential for any American to make a decision of this magnitude,” Daniels said. “Without educating themselves on the candidates, they’re shooting in the dark.”
For the 90 minutes of the debate, people remained in their seats, listening to every word.